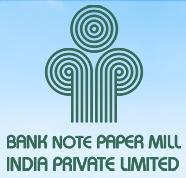 Bank Note Paper Mill Private Limited is a joint venture between security printing and SPMCIL, which was incorporated in the year 2010 by Registrar of Companies Act. The headquarter is in Bangalore, Karnataka. BNPM is owned by the Government of India and it works under the Ministry of Finance. Candidates who are interested in working in this agency can check the notification at the official website www.bnpmindia.com. The management of BNPM has released the employment notification to fill 39 posts of Industrial Workmen posts available in Grade III, Grade II, and Grade I Posts. The age limit of the candidates will vary for each post. For more details on that check out the official website. BNPM Industrial Workman Recruitment 2016 has already been published on 12th November 2015. The authorities have released the direct links to check the notification and candidates can fill the details and go for the interview. The registration ends on 30th November 2015 and the Walk-in interview date is 4th December 2015. Candidates are requested to carry all the important documents while going to attend the interview and also make sure to complete the registration process before the last date. Below we have given the address where the interview will be conducted.