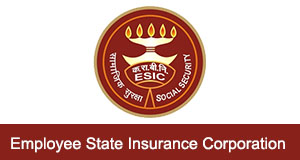 To apply for the ESIC Punjab Recruitment 2016, candidates need to fulfill all the eligibility criteria that have been mentioned in the notification.  The eligibility criteria for the recruitment is that the candidates applying for Stenographer post must possess 12th/HSC from any recognized university, and they should have a typing speed of 80 words per minute. Candidates applying for the Upper Division Clerk (UDC) post must possess graduation from any recognized university, and they should have enough knowledge about computers. The candidates applying for the Multi-Tasking Staff (MTS) position must possess 10th standard from any recognized university or institution A candidate’s age must be in between 18 years to 27 years. The pay scale for the various posts will be ranging from Rs. 5200/- to Rs. 20200/- with Grade Pay depending on the posts.